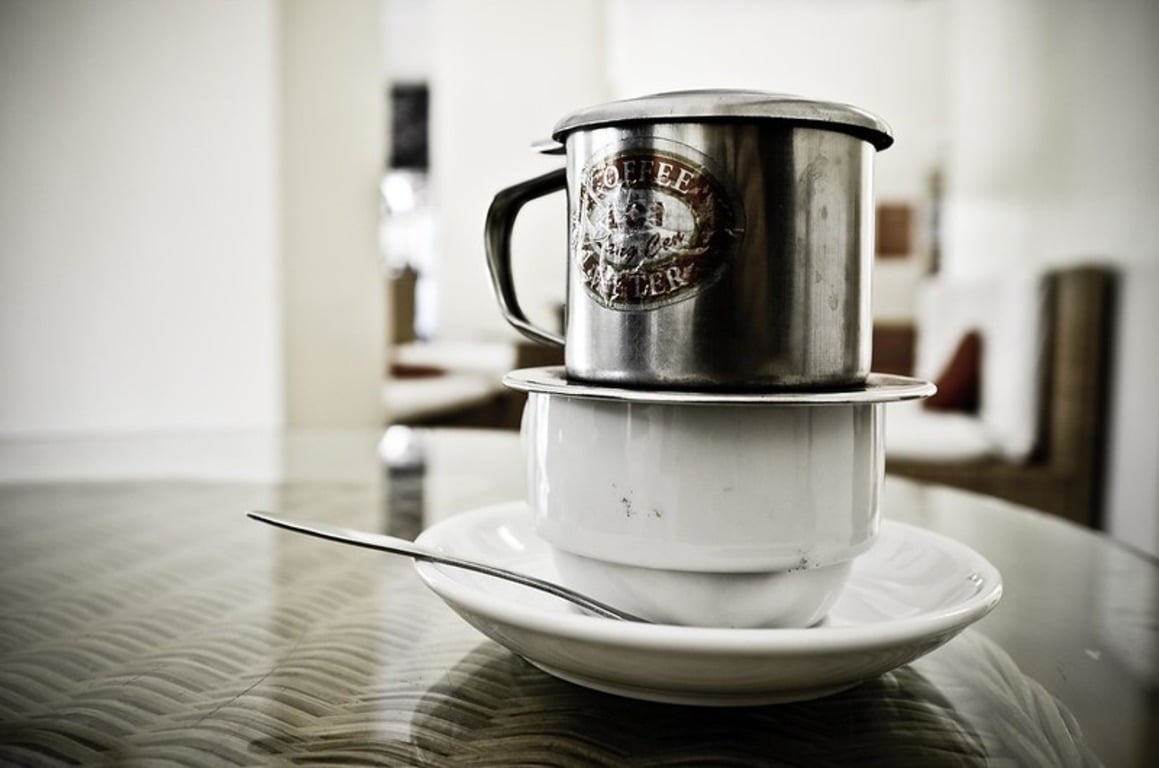 Vietnam is known for its history, amazing food, culture, and favorite mode of transportation. It has an ever-growing motorbike industry and society, but that’s not the only market that is continuously growing in Vietnam - coffee has also been deeply woven into their social and economic fabric.

It’s hard to believe that coffee was virtually non-existent in Vietnam at the turn of the 20th century, when today countless coffee shops line the urban streets of Hanoi and Ho Chi Minh, offering their traditional coffee blends. How coffee reached Vietnam can be traced back to the 1850s, during that time Vietnam was part of French Indochina, a French colony that also includes Laos and Cambodia.

The story goes that in the 1850s a French Catholic priest brought an Arabica tree to Northern Vietnam in hopes to establish a small venture. Inadvertently that small venture became an important part of Vietnam’s economy. By the 1890s the Robusta bean made its way in the Annam region (Central Vietnam), and in the following decades plantations sprung up all over the region and its surrounding area, where the climate and soil provided optimal coffee-growing conditions, making the plant easier to grow and able to resist disease. This is the reason why 97% of Vietnamese coffee beans are a variation of Robusta, and because of these advantages, Vietnam now contributes to over 40% of the world’s Robusta production.

The French made a booming coffee industry in a country that traditionally drinks tea through the plantation system. The industry became a major economic force, but interruptions also delayed its growth. Coffee was not accessible to the Vietnamese due to its extortionate price since it was introduced, making it an exclusive commodity. As soon as World War I broke out, its price dropped and it was then when coffee became a popular everyday drink for the Vietnamese people. During the Vietnam War, although the central highlands was unscathed by the bombings, the country's population shrank dramatically and industry's production was reduced. Other post-war aftermaths have placed the economy on its knees and the actions taken such as copying economic policies from the Soviet Union and collectivizing agriculture did not turn well.

On a brink of collapse, the communist party placed its bet on exporting agricultural commodities, notably coffee and rice. In 1987 the “Doi Moi” economic reforms, which literally translate to “restoration”, opened the country for trade and allowed private farming. This improved coffee production by the 1990s as it grew by 20% to 30% every year. In just 30 years, Vietnam’s market share jumped from 0.1% to 20%. Despite slowing down due to wars and erroneous policies, the industry still flourished and placed Vietnam as the second-largest exporter of coffee in the world, overtaking Columbia. 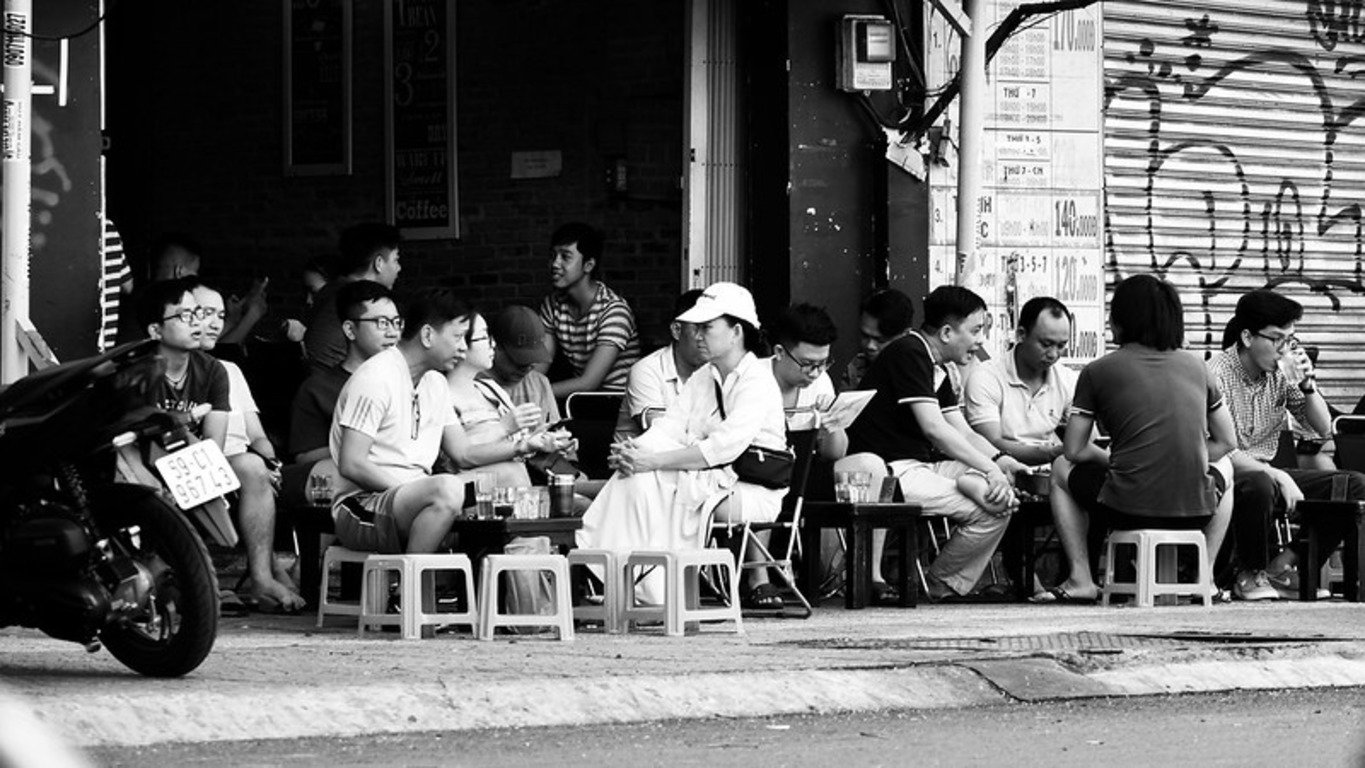 In the years that followed, Vietnam has turned this black bitter drink into their own, from how the beans are roasted to how the ornate French variety style transformed into a much simpler laid-back cafe. It's hardly surprising that coffee caught on so well and has been an essential part of many Vietnamese’ daily life when it’s brought by a country renowned for its cafe lifestyle.

What makes the Robusta beans different is the sharper and bitter taste as it contains twice the caffeine, but it also has lower acidity and more antioxidants because of the dark roast. Because of this intense flavor, the French and Vietnamese needed milk and sugar to create a balanced flavor, but fresh milk used to be scarce then, so the local brewers began to use sweet condensed milk instead, which now became a hallmark of the Vietnamese coffee culture.

Their creativity for coffee continuously grew alongside their history, as different flavors of coffee started to show up that can be served hot or cold. Due to the dairy shortage in Giang Hanoi in 1946, the Ca phe trung coffee was introduced, a blend topped off with an egg yolk whipped with condensed milk, which creates a custard-like layer. Yogurt, another food produce brought by the French, did not escape the resourcefulness of the Vietnamese. Sua cha ca phe is coffee mixed with yogurt to create a creamy drink that was often topped with fruits and sticky rice. Fruits were also mixed to other types of coffee, like the Sinh to ca phe, to create refreshing drinks.

Another notable element in the coffee is how it is brewed, as the Vietnamese use a metal coffee filter called Phin. This device is set on top of a glass, and the coffee grounds are placed inside and poured with hot water, which will drip into the glass. Aside from not using paper filters, what makes it different is its very slow way to brew coffee, which shows how the Vietnamese have adapted the cafe lifestyle of the French, as people linger and people-watch in cafes while their coffee drips into their glass. Coffee drinkers usually camp out for an hour or two reading newspapers, chatting with friends, or hanging out in places like Hanoi in a sit-down indoor cafe or street-side stalls sitting on a plastic stool or hammock.

This custom as one would expect would lead to many locals setting up shops that now flood many city streets and alleyways. A 2021 report showed that there are a total of 1,116 coffee shops in the cities of Vietnam, with one old accommodation building converted into a cafe apartment (yes, a whole building allotted for different local cafes!).

This deeply embedded French-inspired coffee culture dominated by family-owned sidewalk cafes has attracted many international chains, targeting the growing middle class in Vietnam. The market for specialty coffee and tea shops is reported to be worth more than 1 billion USD according to Euromonitor International. However, any new entrant to the market will need to change their approach to gain any significant market share in a coffee powerhouse country. New players will have to face stiff local competition, where 80% of the restaurant business is controlled by local vendors that charge less for coffee, and they'll have to adapt a menu with countless flavors. This presents a big challenge for international chains even for big players such as Starbucks - the premium price point and signature flat whites won't just cut through.

By the mid-1990s Vietnam has successfully become a major exporter of coffee. This surge in production gave a new source of income to farmers and citizens. The agriculture of coffee alone employs 2.6 million jobs in Vietnam that helped pull many from poverty and that count does not include the number of people employed in coffee shops all over the country.

Now there are more than 670,000 hectares of coffee farms established that produce 1.5 million tonnes a year, an equivalent of 27.5 million 60kg bags of dried beans. This is more than half of the entire production of Asia, only second to Brazil, which produces 43.2 million bags.

The race to open more shops is still full steam ahead despite the pandemic restrictions. A study in Q4 of 2020 showed that coffee chains are still growing by more than 10% and that is the only segment in the Food and Beverage category to have a positive growth during the pandemic. Many foreign brands continue to expand their branches such as Starbucks and the Thai coffee chain Cafe Amazon, as the market is still a highlight for investment. Even in the middle of the pandemic, both coffee chains plan to increase their presence with new stores in major cities.

Meanwhile, local coffee chains are accelerating their expansion which new and foreign entrants will probably have a hard time catching up since they already have an established presence to the local consumers and are far ahead in the number of stores. The local chains are still expanding their reach and the renowned local brand Trung Nguyen coffee chain even opened their E-coffee stores since the beginning of 2021 through concession. It now has nearly 1,000 stores in Vietnam and aims to reach 3,000 local stores nationwide.

Want to learn more about what's popular with people in Asia? Then check out our other Eye on Asia entries! We've got stories on how Tiktok is taking over the Philippines and Studies in the Pandemic: Why Market Research is More Important Than Ever. See you in the next one!