The Love Holidays of South Korea | Eye on Asia

South Korea celebrates Valentine's Day in quite a different way compared to other countries. In fact, Valentine’s Day is just one of the country’s twelve 'love days', which are celebrated every 14th day of each month. For South Koreans, one love-themed holiday is just not enough.

In a country known for its romantic TV shows and films, it is quite apt that South Koreans regularly celebrate different forms of love throughout the year. Let’s take a look at three of their major love days: Valentine’s Day, White Day, and Black Day.

In the South Korean version of Valentine’s Day, it’s the women who give chocolates as a sign of affection – they take on the responsibility of getting or creating the perfect gift for men. In a country where aegyo ('cuteness') rules and men are expected to make the first move, Valentine’s Day gives women a unique opportunity to show their interest to the men they like the most.

By the start of February, businesses set up large displays in front of their shops to attract female customers into buying chocolates, candies, and other sentimental gifts. If there’s someone a woman is attracted to, she can take the extra mile by heading to bookshops and convenience stores, which sell cookbooks and chocolate making kits before Valentine's Day, and make the chocolates herself. Those with higher budgets go for luxury chocolates that are sold exclusively for the holiday by upscale chocolatiers in cities.

On the other hand, some couples celebrate Valentine’s Day by wearing matching clothes and going out together for a stroll or for a special dinner. Some go to the N Plaza at the Roof Terrace of N Seoul Tower to hang symbolic ‘love locks’ on the fences and throw the key away as a sign of eternal love. 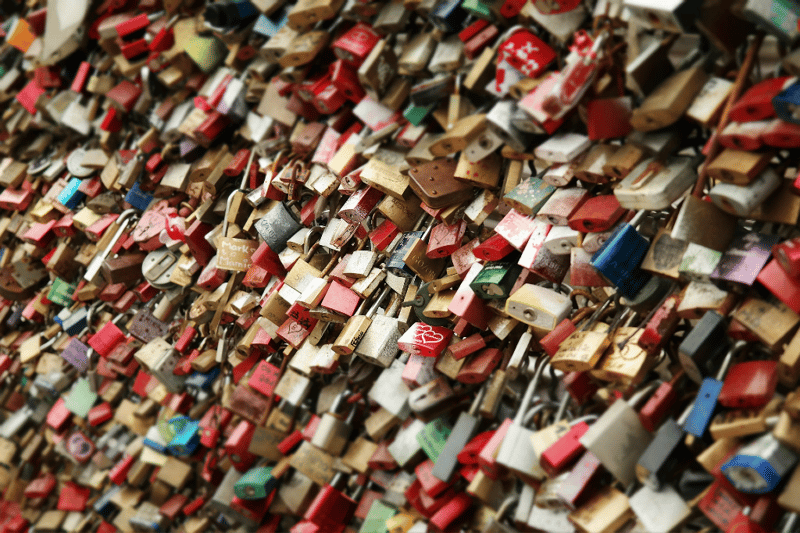 Love notes are written in various languages on the 'padlocks of love' hung at the base of N Seoul Tower.

It’s women’s turn to get pampered on March 14, also known as White Day. White Day celebrations originally started in Japan in the late ‘70s, when the Japanese National Confectionery Industry Association came up with a 'paying back day' for men to give back to the women who treated them with sweets and other gifts on Valentine’s Day. In 1977, a Japanese confectioner named Ishimura Manseido started marketing white marshmallows as love gifts every March 14, which they called Marshmallow Day then. Other companies came up with their own gimmicks every March 14, selling white chocolates and other white-colored gifts. Eventually, the white-colored holiday started including non-white colored treats, and other nearby countries, like South Korea, started celebrating it too.

Nowadays, White Day is an opportunity for men to reciprocate their feelings to the women, especially by providing simple yet creatively presented gifts, like lollipop bouquets. Some men follow the so-called 'rule of three', which dictates that their gift must be roughly three times the value of the gift they received on Valentine’s Day. How men respond to White Day implies how they feel about the women who gave them gifts on Valentine’s Day. If they don’t send back a gift or send a gift of equal value instead of the power of three, it means that they are not interested in pursuing a relationship.

Single people who didn’t receive any gifts on Valentine’s Day or White Day have their own holiday to mend their bruised hearts or just celebrate singlehood. Black Day is celebrated every April 14 and is a special day for single people to get together and commiserate with their favorite comfort food. During Black Day, these single people go out with friends or on their own to Chinese-Korean establishments to eat jajangmyeon, or Chinese noodles in a black bean-paste sauce. Some of them go as far as wearing black on that day, with some women wearing black nail polish and dark makeup. Compared to the two earlier holidays, advertising for Black Day is nearly non-existent. 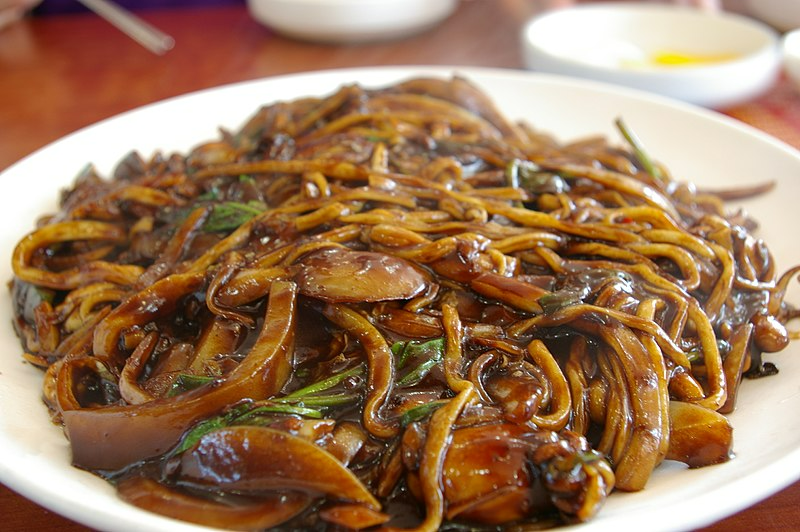 Jajangmyeon is the iconic food eaten by singles on Black Day.

In South Korea, there's a lot of pressure for twentysomethings to get married and have children. In a way, being single meant not fulfilling a social obligation, so Black Day was traditionally viewed as a day of remorse. However, South Koreans start to recognize and appreciate their singlehood as a sign of independence and freedom and start welcoming Black Day with enthusiasm.

It’s interesting to see how South Koreans have their own take in celebrating Valentine’s Day and its succeeding love holidays, and this says a lot about their society’s couple-centric culture and commercialization. However, times are changing, and some of the South Korean youth are turning down the celebrations altogether.

To learn more about consumer trends around Asia check out our other Eye on Asia entries like gaming in South Korea or Singles Day in China. See you at the next one!