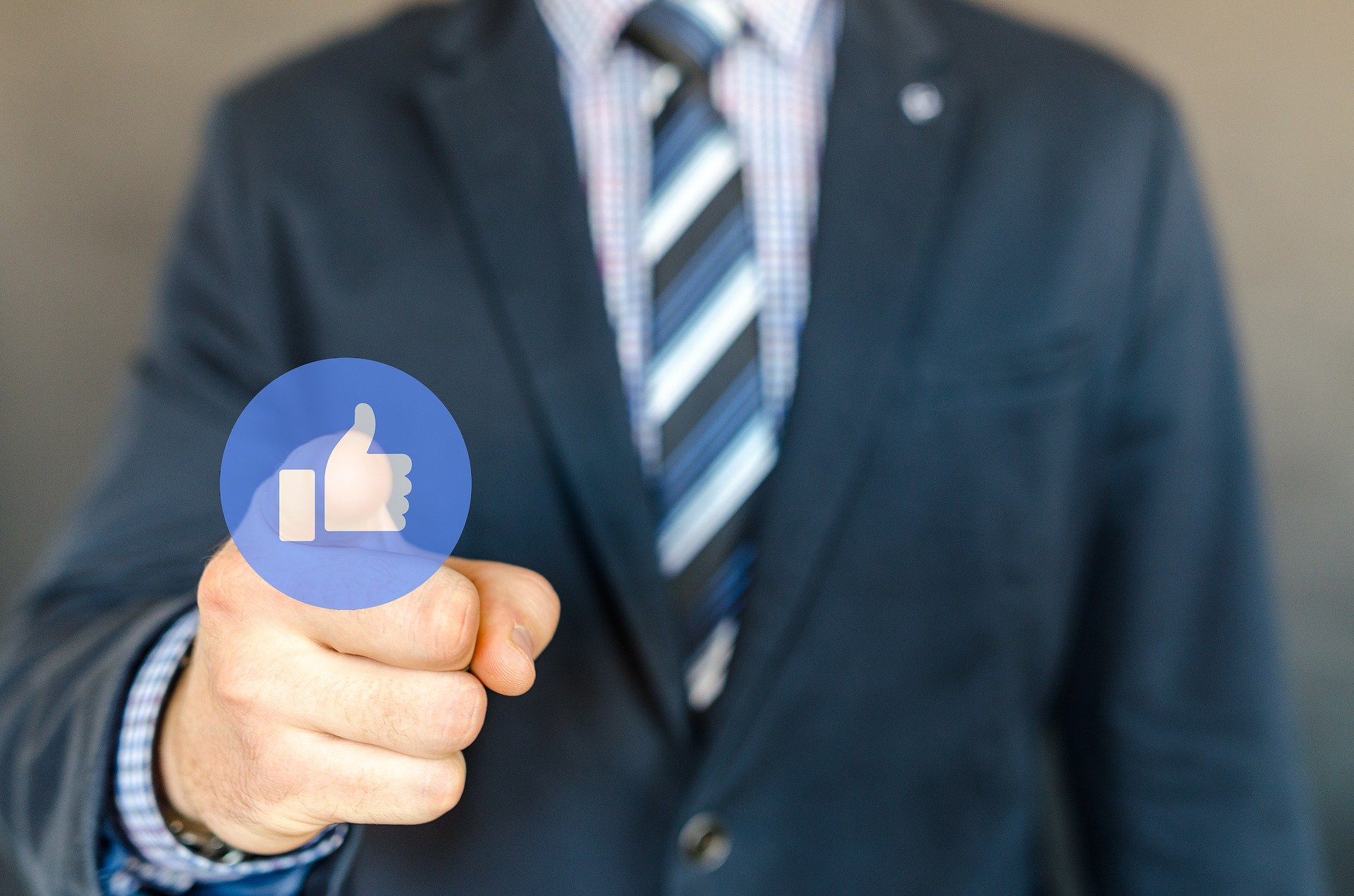 In a previous article, we shared three main reasons why social media resounds well among many Filipinos, and it turns out that there are many more underlying reasons behind the social media boom in the Philippines. Let's take a look at these other four factors.

Social Media Growth in the Philippines in Brief

According to We Are Social's Global Digital Report 2019, there are 76 million active Filipino social media users – 71 percent of the entire population – who spend an average of four hours a day on different social media platforms. Quite the dissonance considering the country’s lackluster internet speed which averages at 15 Mbps.

Facebook, though rather stagnant in its growth, still takes the lead as most visited social media site - and overall website - with 75 million monthly active Filipino users. This just goes to show that, for Filipinos, Facebook is synonymous with the internet. 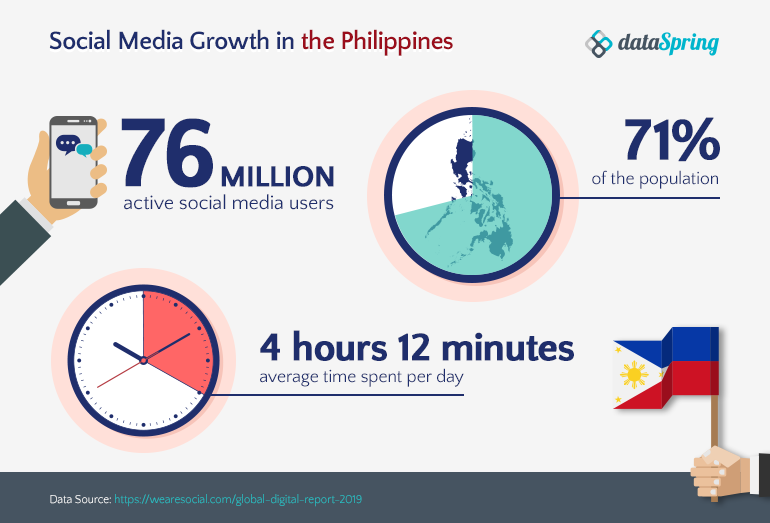 As mentioned in our previous topic on top social media in the Philippines, Facebook is still the go-to social networking platform. Part of its success can be attributed to the efforts of mobile operators providing ways to access the app via mobile without incurring any charges, albeit with limited functions.

Pair this up with a wide range of cheap smartphones available in the country and you’ve got yourself more potential users from a wider socio-economic demographic. This would explain the high mobile traffic, with 67 percent of social media users accessing via mobile. This play at inclusiveness has done Facebook a lot of good in conquering the Philippine market.

The biggest group of social media users in the Philippines are in the 18-24 age range - university to early career age - making up 33 percent of active users or around 21 million users. With this, it’s interesting to note how intertwined social media platform, Facebook, in particular, is with both the user’s social/personal life and academic life.

It is a fairly common practice among classes, particularly in universities, to utilize the platform as a virtual meeting place outside the classroom, where homework is discussed, readings are shared, and announcements are made. Social media platforms are easily accessible and offer more room for interaction than your typical bulletin board.

After graduation, it’s still through social media where job applications are sent. Long gone are the days where hunting for a job meant knocking from one office to another and begging them to hire you. Now it’s mostly done through LinkedIn and now even through Facebook with its different groups posting job vacancies.

It is said that you’ll know when you’re an adult when you have a LinkedIn account, as with 20 million other Filipinos, or are a member of the Facebook group called 'Development Sector Jobs - Philippines'. 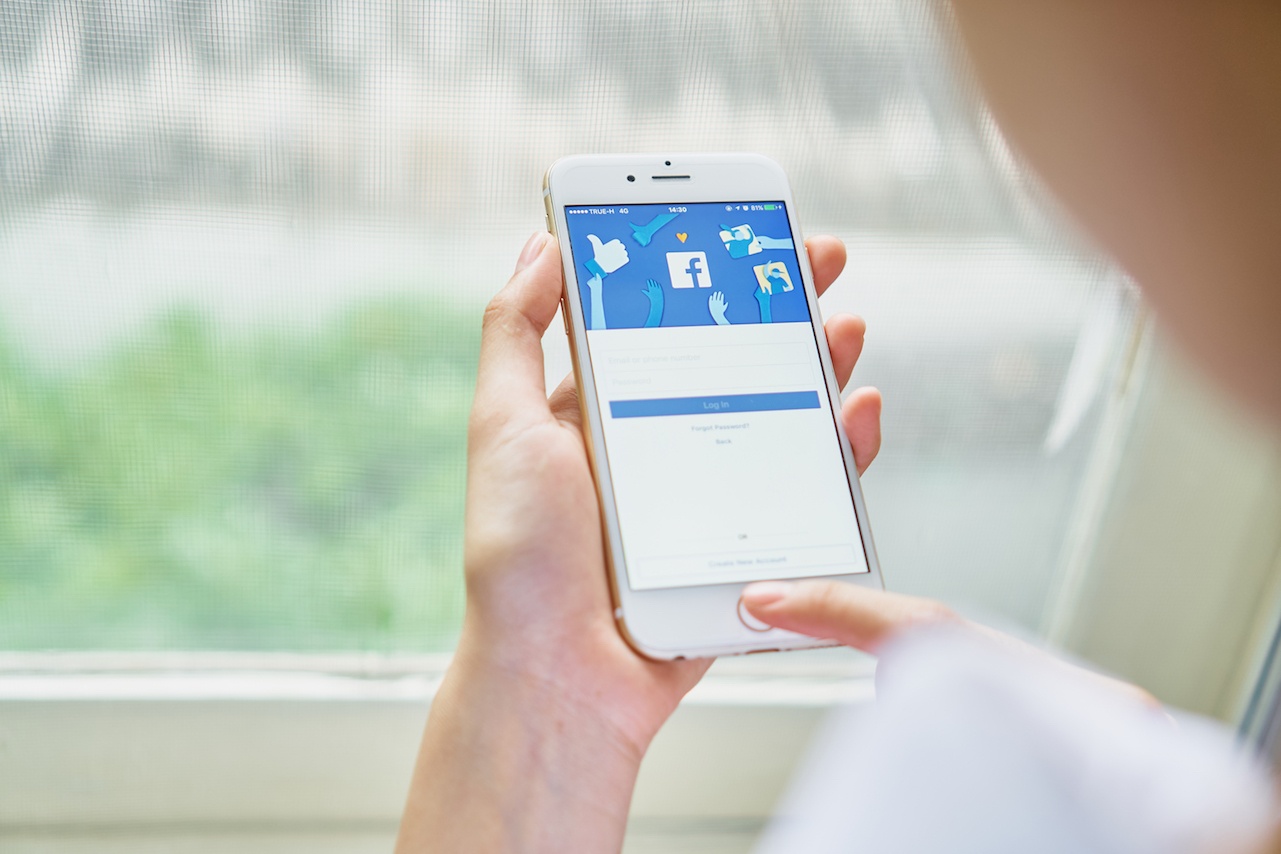 Filipinos are very social people and are known for close familial ties. With an estimated 10.2 million Filipinos living/working overseas, the culture of sharing that Facebook provides helps bridge the distance in a way that other platforms cannot. Social media is still - after all - a means of connecting.

With growing social unrest in the world, the youth have turned to social media to express disapproval and dissent. The same can be seen in the Philippines, where youth activism – as young people have the strongest presence in Philippine social media – have taken on to both literal and virtual streets.

'Fake news', fact-backed news and everything in between have been sprouting up in combat of each other and what was once a place for the personal has since evolved into a juxtaposition of selfies, memes, and political posts. The comment section, in particular, known for its toxicity, has further devolved into a cesspool teeming with threats and trolls and supporters of opposing political parties locking horns.

With all the information being fed to users over the internet, social media in the Philippines has turned into a minefield of misinformation – deliberate or not. Never has the phrase 'think before you click Share' been more relevant in our lives. With that said, certain groups have taken up the advocacy of teaching students media literacy in efforts of separating the informative from the misleading.

Based on this trend, Instagram is expected to grow in the coming years as some take a break from all the commotion in other platforms. Additionally, Facebook is expected to maintain its spot but the challenge will be how it deals with the more 'extreme' views to maintain a safe environment and protect users’ dignity without compromising their right to free speech.

Social media in the Philippines will continue to grow and become part of every Filipino's daily life. Creation and consumption of social media content will continue to get integrated into local culture as well, and whether this will be a positive or negative experience depends on their level of media literacy and their ability to discern fact from fiction.