7 Times #MRX Showed Its Funny Side 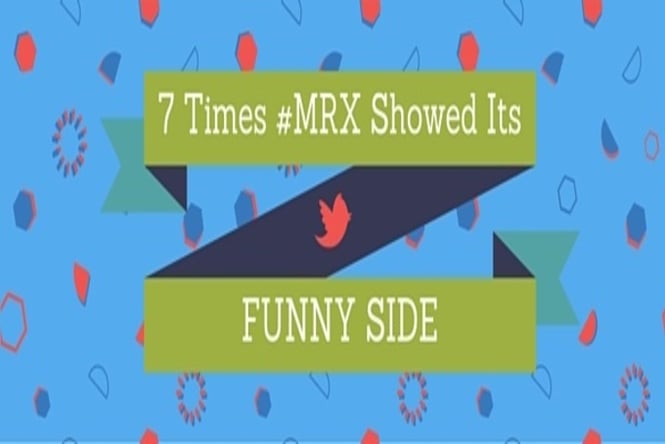 Most tweets about #mrx are educational and rich in insights. So much so that a lot of people outside of the industry think we're a bunch of serious researchers who are obsessed with data.

Now, while that might not be too far off the mark, our sense of humor does pop up once in a while. And when it does, it's hilarious!

1. When someone finally told the truth about pie charts

@kncukier there is no such thing as a good #piechart

2. When folks were supposed to move stuff out of the office but...

Taken the instruction to pack everything for the office move literally...they weren't thinking outside the box. pic.twitter.com/mnlYX80clH

3. When they found the perfect song for balancing data

Is this a trap question? Eh, just let it burn. #MRX #MRXShame pic.twitter.com/uNvNAOjYpz

and are not afraid to name names

Do you think this will lead to biased results? Come on @ewg. #MRX #SurveyShame https://t.co/hwBJyvV3uk pic.twitter.com/dHBphssFv4

but keeps it positive every now and then.

Just a PSA / friendly reminder to check spelling in your surveys before you launch. #MRXShame #MRX #ISC2016 pic.twitter.com/TNoXdIMCZK

5. When they proposed a perfectly logical course of action when you're not seeing the results you want

If your data isn’t making you smile right now, try this. It works for us. https://t.co/DKHfB7HVZA via @LoveStats #mrx pic.twitter.com/TvGQe6EDYE

6. When they couldn’t resist the puns

7. When they meme-ified everyone's gut reaction to drop outs

How Does dataSpring Avoid Respondent Duplication...

Duplication. It happens when a respondent is able to access a survey more than once, resulting in two sets of identical data. Clones, if you will. It's one of those annoying data problems that can com...

Read more
Get to know your Asian sample provider in APAC

Jonathan Lai, dataSpring’s Senior Account Manager in APAC, shares his thoughts on current trends in the market research industry, particularly in the Asian sample market of the APAC region.