2020 was a year that battered economies worldwide. As borders and factories closed towards the end of the first quarter, trade was at a virtual standstill, creating shortages and increasing demand for things ranging from toilet paper to gaming consoles. To sum it up, 2020 was a strange and desperate time for most.

In Asia, one country was able to weather the storm that was, and still is, the Covid-19 pandemic, unlike any other in the region. Despite its economic growth slipping down to its lowest in at least thirty years, Vietnam was still the top-performing Asian economy last year with a 2.9% growth – a spot it landed without a single quarter of economic contraction in the past year.

Although Vietnam lacks the health infrastructure of other wealthier countries, its quick and decisive response in bringing the number of cases under control received international praise. Through an early lockdown and aggressive track-and-trace system, along with the cooperation and active participation of its citizens in fighting the virus, the country was able to keep its total cases at just under 2,400 with the death toll incredibly low at 35 as of publishing.

That’s not to say that things quickly went back to normal. For all their victories, the year started out for Vietnam much like it did with the rest of the world - tense. Much like in other countries, citizens stockpiled on food and supplies in preparation for what could have been a long lockdown. And much like in other countries, criticism that actions enacted to contain the virus have also been used to crack down dissent and muzzle criticism.

Despite things starting to settle early on domestically, the state of the rest of the world was still of great concern. Even in June when the spread of the virus had been curbed and the country reopened, the export-dependent economy wasn’t out of the woods just yet. Businesses watched with bated breath as the number of infections grew in some of the country’s biggest customers - the US and EU.

When the virus first emerged, the expected plunge in global trade painted a grim future for a country where exports play such an important role in economic growth. But on the contrary, the pandemic presented an opportunity that Vietnam was able to grab.

As the world went into lockdown and life was contained in one’s home, consumer demand for IT and home improvement products, among other items meant to help deal with isolation, rose drastically, giving the country’s export-oriented manufacturing sector a head start at recovery. And since the quick control of the pandemic allowed for the reopening of the economy by end of April, while factories in its Asian neighbors were closed, Vietnam was able to funnel in the demand and increase their exports.

Overall, Vietnam has been one of the major beneficiaries of the "China Plus One" trend among companies. This business strategy, which reduces reliance on China and diversifies business into other countries, allowed for Vietnam to take over production when the pandemic caused disruptions to the supply chain.

The proliferation of the work-from-home setup, in particular, did a great deal in cushioning the blow the pandemic dealt. “People have bought a new laptop computer or they’ve bought new office furniture, for both working and spending more time at home. Well, a lot of those products are made in Vietnam,” said Michael Kokalari, chief economist for Vinacapital, a Vietnam-focused investment company, in an interview with BBC.

Exports of phones, computers, and other electronics grew 56% in the period from the start of the lockdown until November. Exports to the US alone saw a 23% increase in the first three quarters of last year. Another testament to this growth is how Samsung, one of the biggest exporter in Vietnam, hit its highest-ever global revenues in the third quarter of 2020 at USD 61 billion.

On top of this, Vietnam also inked three different trade deals that look to further bolster export growth in the coming years. These are the Regional Comprehensive Economic Partnership - a 15-member agreement with other Asia-Pacific countries, a trade agreement with the European Union, and a separate deal with the United Kingdom, one of its first post-Brexit. Overall, Vietnam exported about USD 281.5 billion worth of products in 2020. 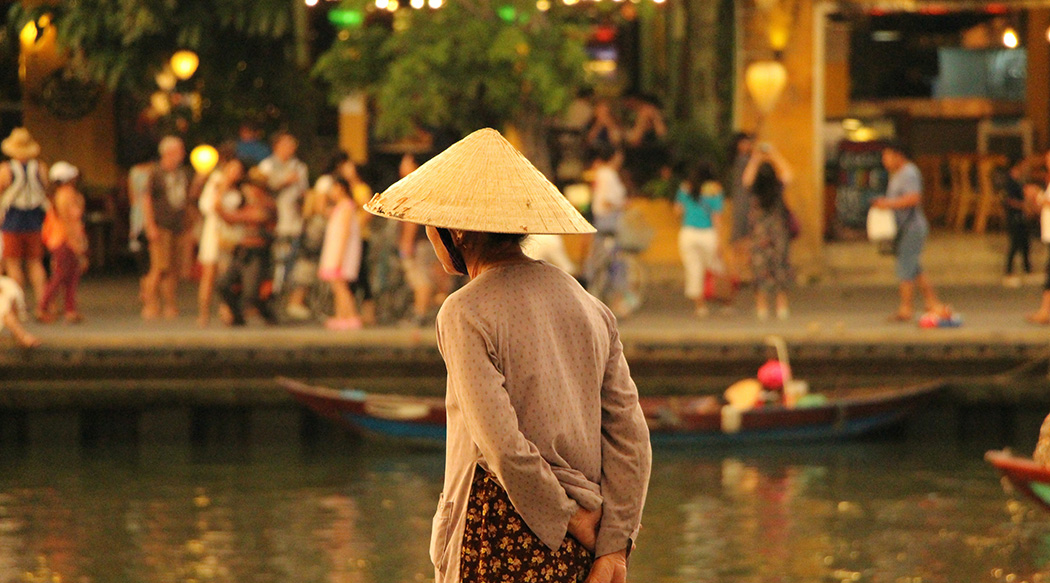 Hopes for the New Year

Thanks to their successful handling of the pandemic, the World Bank predicts that the Vietnamese economy will rebound this 2021. As such, the country has been eyeing to raise its economic growth target for 2021 to 6.5% according to its prime minister.

Other than the growth of its manufacturing industry, its services sector has also shown some signs of recovery towards the end of 2020. The extent of recovery in these sectors, particularly in tourism and hospitality, however, will depend on the outlook for consumer spending and return of mobility. These sectors will act as key indicators in how quickly Vietnam can realign itself to its pre-pandemic course.

Gareth Leather, senior Asia economist at Capital Economics saw a "poor" outlook for tourism this year despite his 10% growth for this year is one of the most optimistic. “By the end of 2021, we think GDP will be only 1.5% lower than it would have been had the crisis not happened. This is one of the smallest gaps in the region,” he wrote. Stunted recovery in tourism will be detrimental to the full recovery of the country's economy.

Whereas the effects of the pandemic both inside and outside the country's borders dealt a heavy blow to its tourism and hospitality industries, it served as a driving force for growth in its digital economy. This year will mark the start of the Vietnamese government's master plan on national e-commerce development through 2025. The plan aims to grow the sector by 25% each year to reach USD 35 billion by 2025.

Budding sub-sectors in the digital economy such as e-commerce, digital banking, and online gaming present high growth areas of consumer demand that investors can target, providing new means in reaching out to consumers. By providing the necessary support, locally promoting and enhancing the application of e-commerce in the nation, the government aims to increase e-commerce spending per person to USD 600 per year by 2025.

Check out what other impacts the pandemic has had across the region in our other Eye on Asia entries! We have stories on The Post-Pandemic Future of Offices in Asia and Southeast Asia's Growing Love for Online Shopping. See you in the next one!