The Curious Omnipresence of Vending Machines in Japan | Eye on Asia 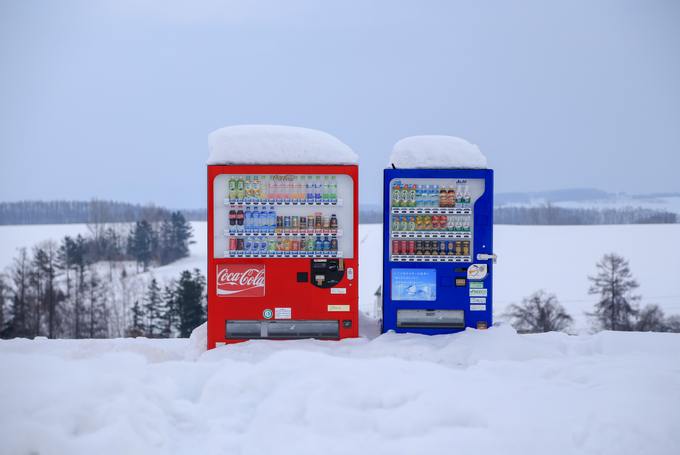 Whether you're strolling down the bustling streets of Tokyo or unpaved countryside roads in rural Japan, or even at the top of Mt. Fuji, you're bound to have come across a vending machine. Much like convenience stores, these upright metal boxes have become a staple and often overlooked, part of Japanese society, and for tourists, an icon in itself.

The omnipresent vending machines of Japan aren't like what you're probably used to back home as they sell a variety of products ranging from drinks, to tobacco, and even hot meals.

The first vending machine in Japan dispensed tobacco and was made by Tawaraya Koshichi, a furniture designer and inventor by trade, back in 1888. Despite the early start, it won't be until the late 1950s where vending machines would cement themselves in the everyday life of Japanese society.

It was a "Fountain-style juice dispenser" that jumped started the fascination with vending machines in the country, and subsequently its boom. The machine - a box with a juice fountain mounted on it - became an unprecedented success. People loved to watch the juice being dispersed and at just 10 yen a cup, it was a hit. 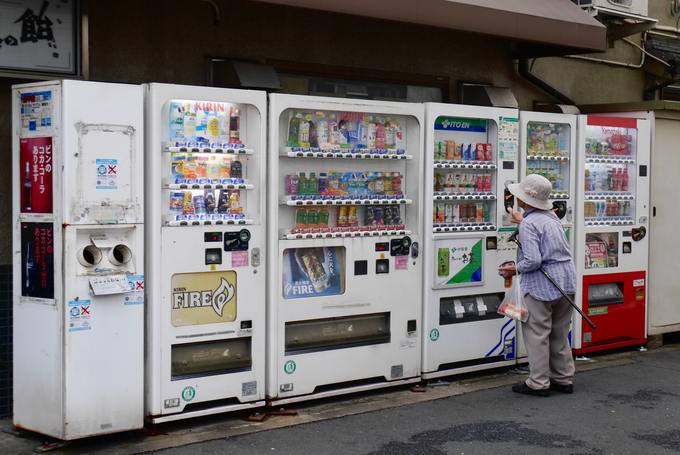 So how did it go from a tobacco dispenser in the 1800s to one of the most prolific sights in Japan? Well, the ubiquity of vending machines across the country tells a lot about Japanese culture in general.

First, it's a matter of convenience. Japan is infamous for long work hours so the quick transactions offered by automated machines meet the needs of a busy workforce, especially in larger cities where everyone is in a hurry. Even for employees working overtime, vending machines serve as a quick and cheap source of goods and refreshments at any given time of the day, with drinks only costing about 100 to 200 yen. Plus, the unmanned machines skip over the pleasantries that come with the human interaction involved when purchasing from groceries or convenience stores.

This lack of need for human attendants when conducting business also leads to a reduction in the cost of labor. Given Japan's declining birth rate and aging population, labor is scarce and costly. Vending machines offer a solution to this problem.

Japan’s high population density also contributes to its success. With a population of about 127 million people crammed into a landmass roughly the size of California, space, like labor, can become scarce and costly. As high population density drives up the prices of real estate, Japanese companies would rather stick a vending machine on a busy street corner rather than open up a retail store. And thus, vending machines can produce more revenue from each square meter of land compared to a retail store.

A cash-reliant society also makes it easier for people to spend on vending machines. With the denominations available in Japanese money (coins also come in high denominations like 500 or 100 yen) people will, more often than not, have a handful of change jangling in their pocket. And although payment through IC cards is available, especially for machines in the city, dumping your coins in a vending machine is a quick and refreshing way of lightening your pocket.

Of course, this all probably wouldn't have been possible without the country's low crime rate. A society with a low rate of vandalism and other property crimes creates an environment where vending machines can thrive. According to the Japan National Tourism Organization, vending machines are seldom broken or stolen despite containing tens of thousands of yen inside or places in dark alleyways. 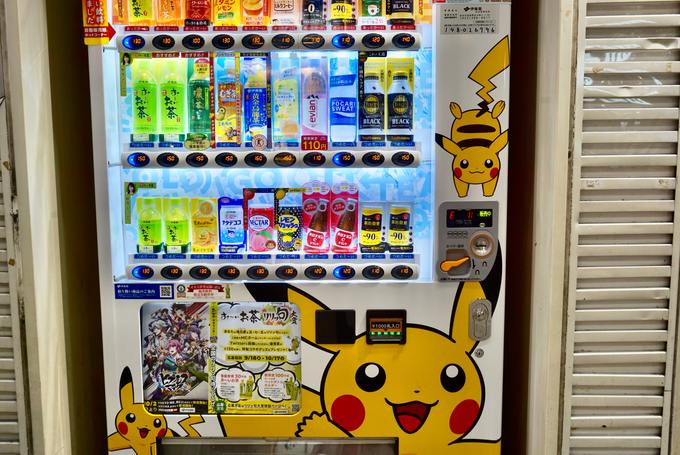 Other than just selling goods, interactive vending machines used as promotional tools have also made their rounds in Japan throughout the years. A good example would be the "Meet Bottle" set up by Sanrio, a character goods company famous the world over for their catlike character, Hello Kitty.

In late 2017, a peculiar 2-meter-tall milk bottle greeted visitors in Tokyo's Shibuya district. When a visitor pressed the huge "M" button on the bottle, a conference call starts and the face of Hello Kitty above the button turns into a monitor connected to another "Meet Bottle" in Osaka. The two people, total strangers miles apart and joined only by sheer coincidence of being in front of the Hello Kitty bottle at the same time, would then be encouraged to cooperate in pressing their respective buttons simultaneously to receive a special item. The machine aimed to lure customers to a nearby Sanrio goods shop.

Beverage behemoth, and one of the biggest players in Japan's vending machine scene, Coca-Cola Japan, has even started a drink subscription service earlier this April. The service allows you to collect drinks directly from vending machines using only a smartphone app, and no spare change is needed. For a monthly fee of JPY 2700 (about USD 25), users of the Coke On app can redeem one beverage a day from participating vending machines strewn across the country. It's not just exclusive to soda, either. Coca-Cola Japan offers a wide range of drinks from soda, to green tea, and even ginger ale

Another big name, Asahi Group Holdings, Ltd., a beverage company best known for their Asahi Super Dry beer and the carbonated milk drink, Calpis, has even developed a vending machine that can cool drinks to below freezing point that allows customers to enjoy slushed-ice-like drinks. Developed jointly with Fuji Electric, the machine can cool drinks to as low as -5 degrees Celsius, perfect for the hot summer months. 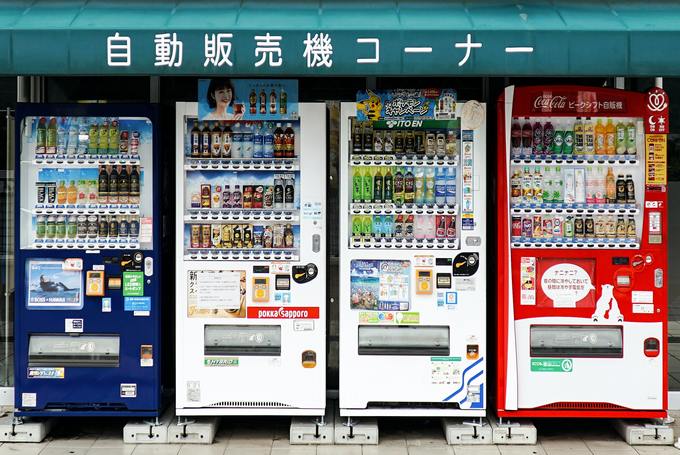 More Than Just Change in the Pocket

For tourists, vending machines might just be another example of the quirky side of Japan with products offered ranging from the essential to the wacky and the downright bizarre. But for owners, it can be a pretty lucrative source of income.

Owning a vending machine can be one of the most hands-off side businesses you could have. Many vending machines are owned by major beverage companies but landowners can enter a contract with them to place machines on their property in exchange for a land rental fee or a cut of the profits from drinks sold.

You can also take a more independent approach to it. All you have to do is buy a machine yourself, buy your stock, and find a place to put it.

The national average sales for a vending machine is about 400,000 yen a month. But in prime locations with plenty of foot traffic and constant flow of people, like near a train station or commuting route, it could reach up to as much as 500,000 yen.

In 2015, vending machines in Japan generated more than USD 42 billion in sales.

Get to know other cool things about Asian culture with our other Eye on Asia entries! With got stories on White Day in Japan and on the Impact of Social Media in the Buying Behavior of Asian Consumers. See you in the next one!