All About Smartphones in South Korea | EYE ON ASIA

In 2017, South Korea ranked fourth in the world for highest smartphone penetration. Over 36 million people have their own smartphones. Because many Korean consumers love trying new tech devices, South Korea has become a popular market test base for global smartphone brands.

The long-trusted Korean brand for smartphones is Samsung. The company was hailed the most purchased smartphone brand worldwide in 2016. It is still going strong domestically even after the Galaxy Note 7’s explosion scandal.

The market penetration of the iPhone has greatly increased during the past few years, especially after the release of iPhone 6. This model has a larger screen which appealed to more Korean consumers who prefer larger screen sizes. 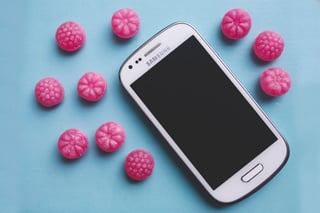 Another big Korean smartphone brand is LG. The company excited the public, particularly young consumers, with its high-quality sound feature. Starting from the V20 model, LG has introduced quad hi-fi sound and the four lenses system, two of which provides a wide-angle frame, making the use of selfie-stick idle. LG has recently come back to the market with a brand new model, the G6. It made 30,000 sales domestically within the first two days after release.

One of the fiercest smartphone war is now taking place in Korea as Samsung releases its latest model, the S8.

In October of 2014, the Korean government introduced a law to restrict phone subsidies. It was widely regarded to have only benefited mobile operators and brands, putting more burden on the side of Korean consumers. Most flagship models from major brands became unaffordable after the law was passed - the so-called dantongbeop in Korean- as the South Korean economy also got rough.

For many consumers, the quality of a product is no longer the single reason for purchasing it. Gaseongbi (가성비) is a Korean word which means "value of a product or service compared to its price." This is now one of the most important indexes that Korean consumers base their decisions on. Consumers use diverse platforms such as danawa to buy a product at the most reasonable price. Buying bulks as a group and reducing the end price on each is also very commonly done through the internet forum called 'cafe' on both naver and daum.

With this trend, an increasing number of Korean consumers have started using Chinese smartphones. In the last four years, Chinese brands were able to increase their market share noticeably in South Korea. Consumers sought after affordable but also hi-quality products, and found them in Chinese smartphone brands such as Xiaomi and Huawei. People would buy them on the global market and wait a few days for it to be shipped internationally. This phenomenon is called jikgu. Along with this trend, multiple shopping platforms and services have also appeared to assist this mode of purchase.

Overall, the South Korean economy remains to be a great place for smartphones. However, it is important to consider the growing concerns of everyday consumers. Brands will have to meet both quality and price demands in order to stand out from the competition.